International Military AntiquesEstablishing a frontline presence on Amazon and eBay

Christian Cranmer founded International Military Antiques Incorporated (IMA) in 1981. A family-run company based in Gillette, New Jersey, IMA is a world leader in the military collectibles and militaria supply industry. The company offers thousands of military collectibles including rare original items from the past five centuries. It also supplies its military products to museums, film studios, collectors, re-enactors and anyone with a passion for history. Originally selling its collectibles at tradeshows and through catalogs, IMA now sells on its website, as well as the Amazon and eBay marketplaces.

In 2004, Christian Cranmer’s son, Alex Cranmer, graduated from college and was looking for a part-time job. Knowing his father’s business had no online presence, he decided to see if IMA’s products could sell on the internet. He worked with a friend to create an IMA website, and immediately the company saw strong results. “Our revenue doubled the first year we launched a website,” said Cranmer. “We went from processing 20 orders a day to over 130 a day.”

In 2005, Cranmer decided to expand the company’s online business and partnered with a solution provider to sell on Amazon and eBay. However, IMA continued to run into challenges and issues, especially with managing orders on the back end. Additionally, launching on Amazon became a bigger hassle than Cranmer had expected.

“We didn’t have the bandwidth to manage inventory, update product listings and fulfill orders with our initial solution provider,” said Cranmer. “I knew we should be selling on Amazon, but we didn’t have the support to get there.”

After evaluating new technologies for its e-commerce business, IMA started using ChannelAdvisor Marketplaces to manage its product listings on eBay and start selling on Amazon. ChannelAdvisor’s one-touch user interface gave IMA the organized structure it needed to operate more strategically. With Marketplaces, IMA was able to launch on Amazon and quickly increase its product listings on eBay to maximize product exposure.

IMA began leveraging ChannelAdvisor’s Inventory Juggler feature to consistently keep its inventory up to date on both channels. The feature helped eliminate the risk of creating duplicate listings or overselling products. “It’s extraordinarily beneficial to have a unified system in place to manage our entire product catalog across multiple channels,” said Cranmer. “Anytime an item goes out of stock, it’s taken down from both Amazon and eBay almost immediately. The Inventory Juggler helps us maintain our seller ratings so our products remain at or near the top of each marketplace’s search results pages.”

With ChannelAdvisor Marketplaces, IMA has grown its revenue by 25% year over year. After using ChannelAdvisor to launch on Amazon, the marketplace now accounts for approximately half of IMA’s order volume. Since establishing a strong presence on Amazon, IMA was able to start using Fulfillment by Amazon (FBA).

“It’s amazing how much our Amazon sales increased, particularly after we started using FBA and could offer two-day shipping to Prime members,” said Cranmer. “I didn’t want to give consumers a reason not to buy from us, so using FBA was important. It’s more efficient than constantly fulfilling orders ourselves, and we don’t have to add to our headcount to process more orders.”

“Almost 20% of our sales are now international. We’ve seen a huge increase in our eBay sales after implementing GSP,” said Cranmer. “Canada, the UK and Australia have shown a lot of interest in our products. Before, we would have never known there were potential buyers in those regions.” 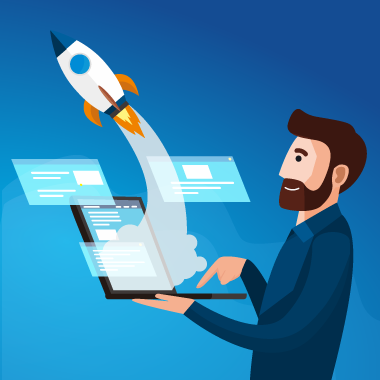