The landing gear is down, hotels rooms are filled, and downtown San Diego is buzzing with e-commerce opportunity…

The countdown is over: Catalyst Americas 2018 has officially arrived.

Close to 1,000 retailers, brands, analysts and industry experts filtered into the San Diego Convention Center today to kick off the e-commerce event of the year.

And it’s already shaping up to be one of the most exciting events in Catalyst history. 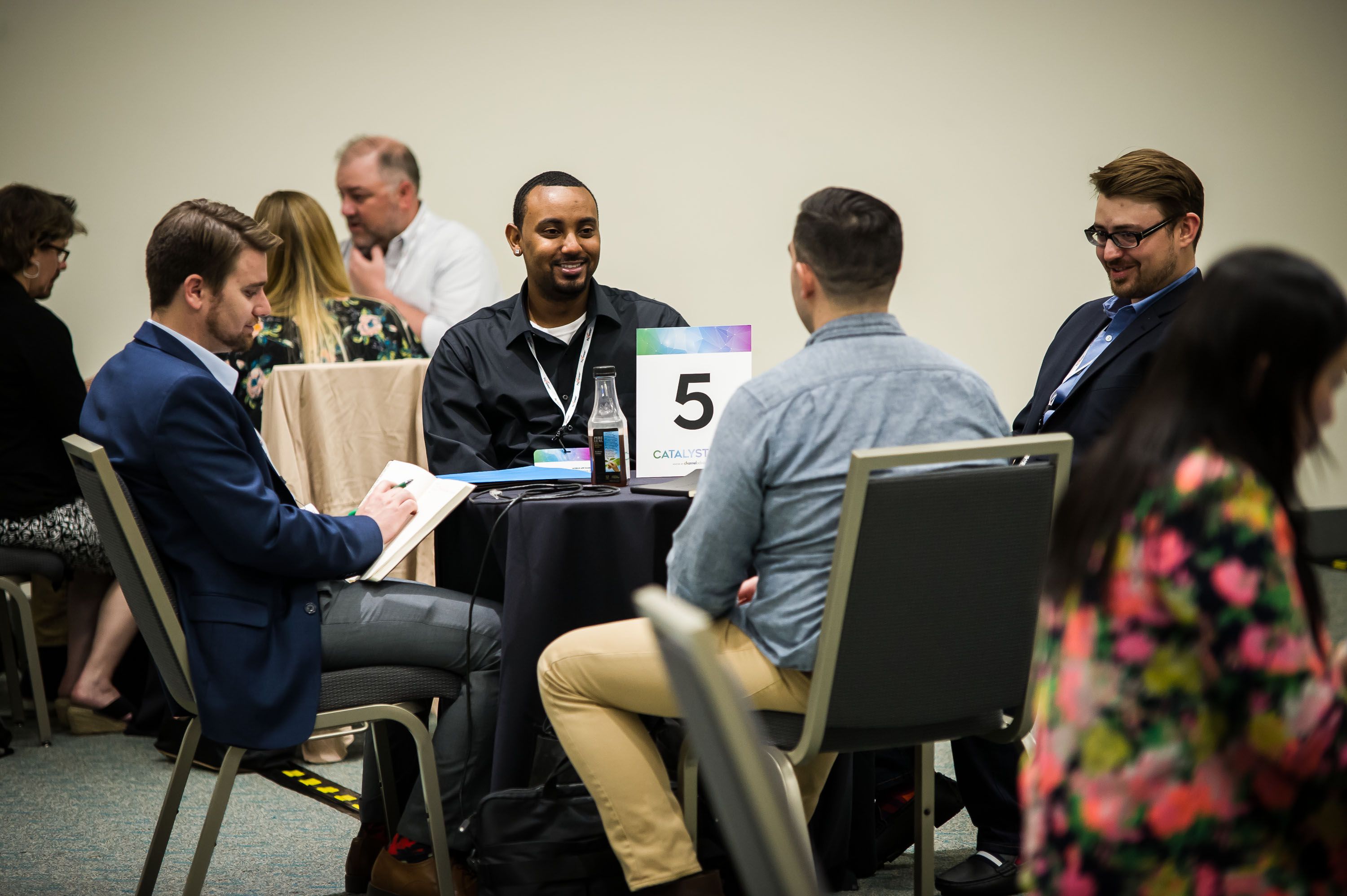 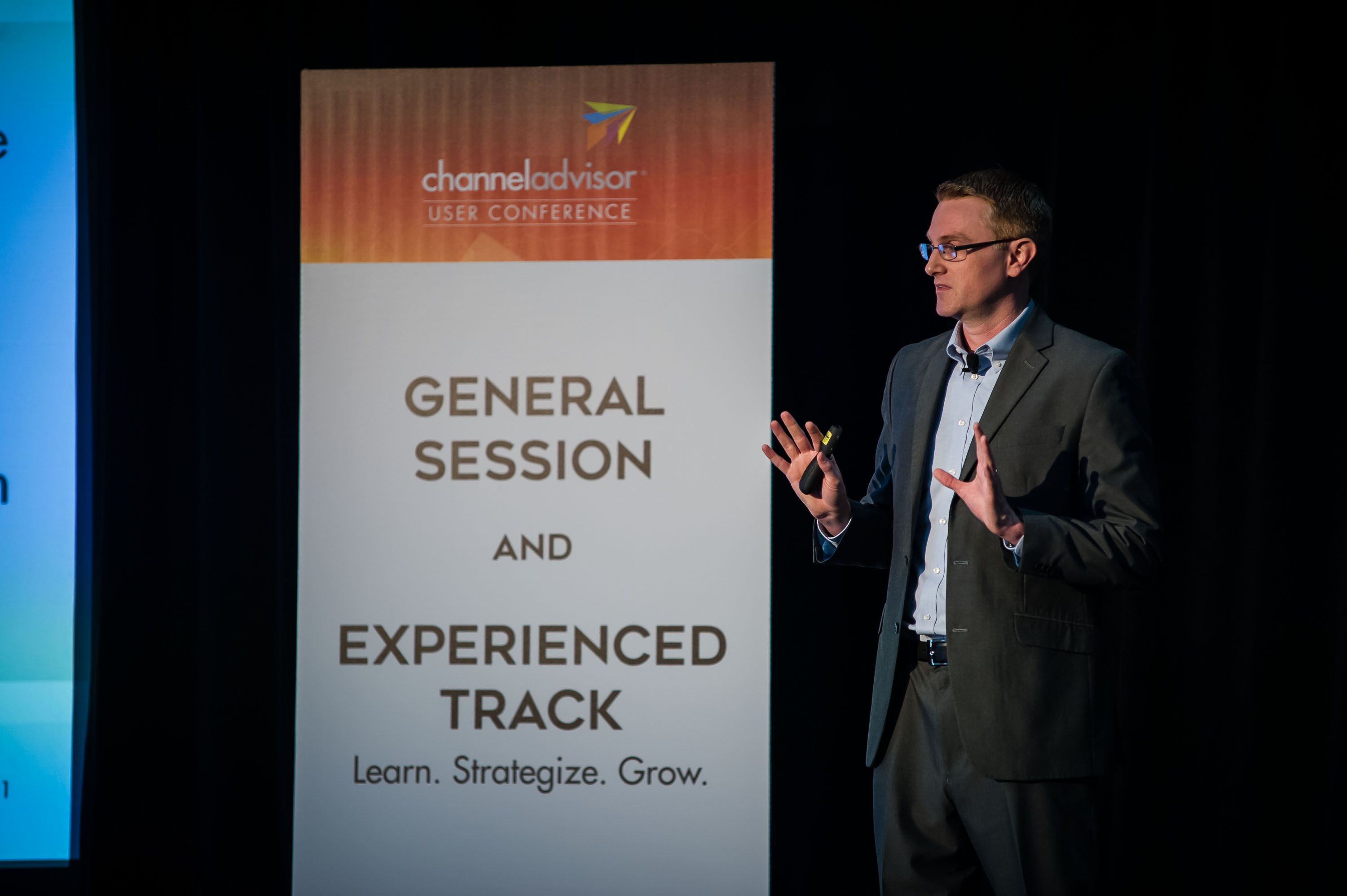 Before Catalyst officially kicked off at 5 o’clock Pacific Time, many got an early start to the packed week of learning at the ChannelAdvisor User Conference, where product leaders, strategy managers and ChannelAdvisor leadership shared the latest platform updates and best practices. Participants got inside tips from specialists and super-users on pricing more competitively, gaining greater visibility, stretching ad dollars further and putting even the most complex tasks on autopilot through automation.

By the time the keynote rolled around, many attendees were already well on their ways to a new collection of hard-to-find insights.

“Take risks. Fail fast. Keep moving.” That maaaay not have been what attendees were expecting to hear at the opening keynote for one of the industry’s most important events of the year.

But then, Bozoma Saint John isn’t your typical speaker.

Catalyst kicked off on a high note with none other than Bozoma “Boz” Saint John, chief brand officer for Uber. If you don’t know that name now, take a mental note. Boz is an innovator, a disruptor, a brand evangelist and a unique voice in our cultural landscape.

Countless adjectives have been used to describe Boz’s singular style, demeanor and professional drive: Unapologetic. Brave. Innovative. But after hearing her speak for just a few minutes, you’d be hard-pressed to find a more accurate encapsulation than “authentic.”

Catalyst attendees bore witness to this authenticity, as they listened to a genuine chat between Boz and ChannelAdvisor CMO Melissa Sargeant. 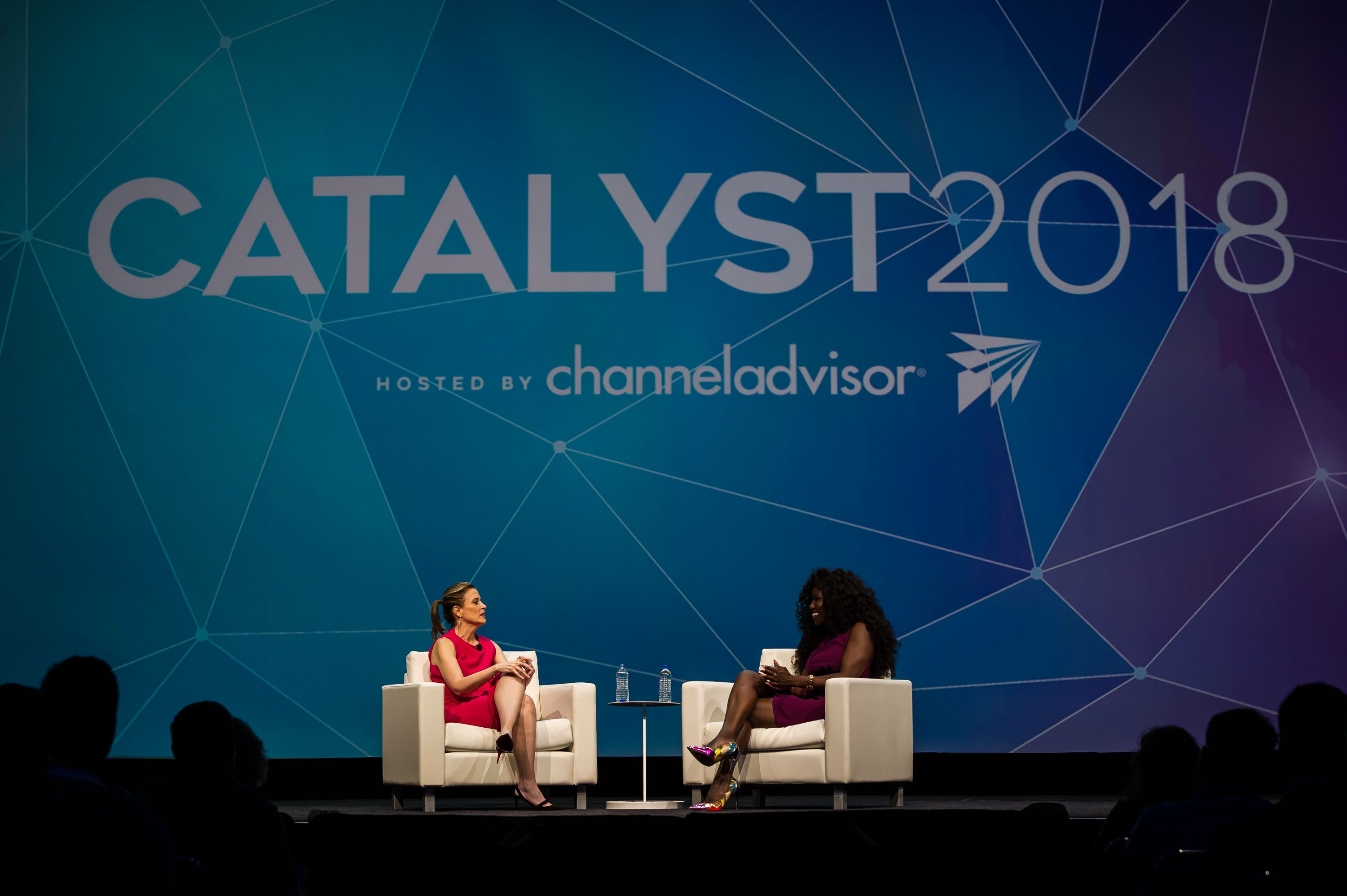 It was less of a traditional industry Q&A and more of a meditation on business and culture at large. Throughout their fireside chat, Melissa and Boz touched on a myriad of topics: her professional resume, diversity, the many challenges she’s overcome, the future of Uber and, of course, Beyonce.

A Career of Highlights

From a distance, Boz’s life has been marked by unhindered and accelerated success. She’s worked for some of the biggest brands in the world, such as Beats, Apple Music, Pepsi and Uber, and worked with some of the most influential executives in business — Tim Cook, Spike Lee, Jimmy Iovine, Ariana Huffington, Dr. Dre and many more.

But her life has also been marked by constant challenges. Despite a transient childhood that brought her to Colorado from Ghana at age five (and again at age 12), and losing her husband to cancer, she’s cultivated a skill set of adaptability, resilience and the ability to find meaningful connections with those around her.

Your Uber Has Arrived

Boz joined Uber as the chief brand officer one year ago during a precarious public time for the pioneering rideshare company, but she was up to the challenge. Uber is a daily part of life for a lot of people (“Uber is a verb, y’all!”), but she knows that modern consumers want more from their brands than just a product.

“Consumers are no longer happy just knowing the company name,” she said. “They want to know who the people are who power it.”

And she’s found that there were so many stories to tell about Uber than just the headlines of 2017 — stories of drivers, stories of riders, stories of the product itself. It’s a complicated storytelling challenge, but one she’s more than willing to take on.

Melissa and Boz touched on a variety of subjects, including Boz’s favorite brands, what she looks for in a new hire, how modern e-commerce brands need to capture consumers and how she measures success…

But the running themes of the night transcended resumes, KPIs and goals.

These themes apply to every person, every brand and every business. Bozoma strives to bring her true, authentic self to everything she does and wants all places of business to cultivate environments where their employees can be their true selves.

“It takes leadership to create this environment. And it helps with empathy,” she said. “Leaders are more effective if they truly understand what someone’s motivation is at the office and outside of it.”

At one point, Melissa asked Bozoma why she had chosen to wear a t-shirt emblazoned with the words “Unicorns Are Real” in her official press image. Though Boz deflected the comment as one of her many extemporaneous fashion choices, she conceded that she does believe she shares a connection with them.

“Throughout my life, there have been many environments that I’ve walked into —  both personal and professional — where I feel like a unicorn.”

But she’s embraced that characterization (“Right now, I’m gonna prance around all I want to!”). She’s leaned into being different. And she refuses to let her individuality stand in the way of her ideals, her vision or her career.

After the opening keynote, attendees were ushered into the Catalyst opening reception. The theme was “Boards and Brews” (this is Southern California, after all). After mingling with familiar faces from Catalysts past against the backdrop of a killer SoCal soundtrack and fresh California Baja cuisine, the crowd dispersed into downtown San Diego —  awaiting two more days of Catalyst insight and learning that lie ahead. 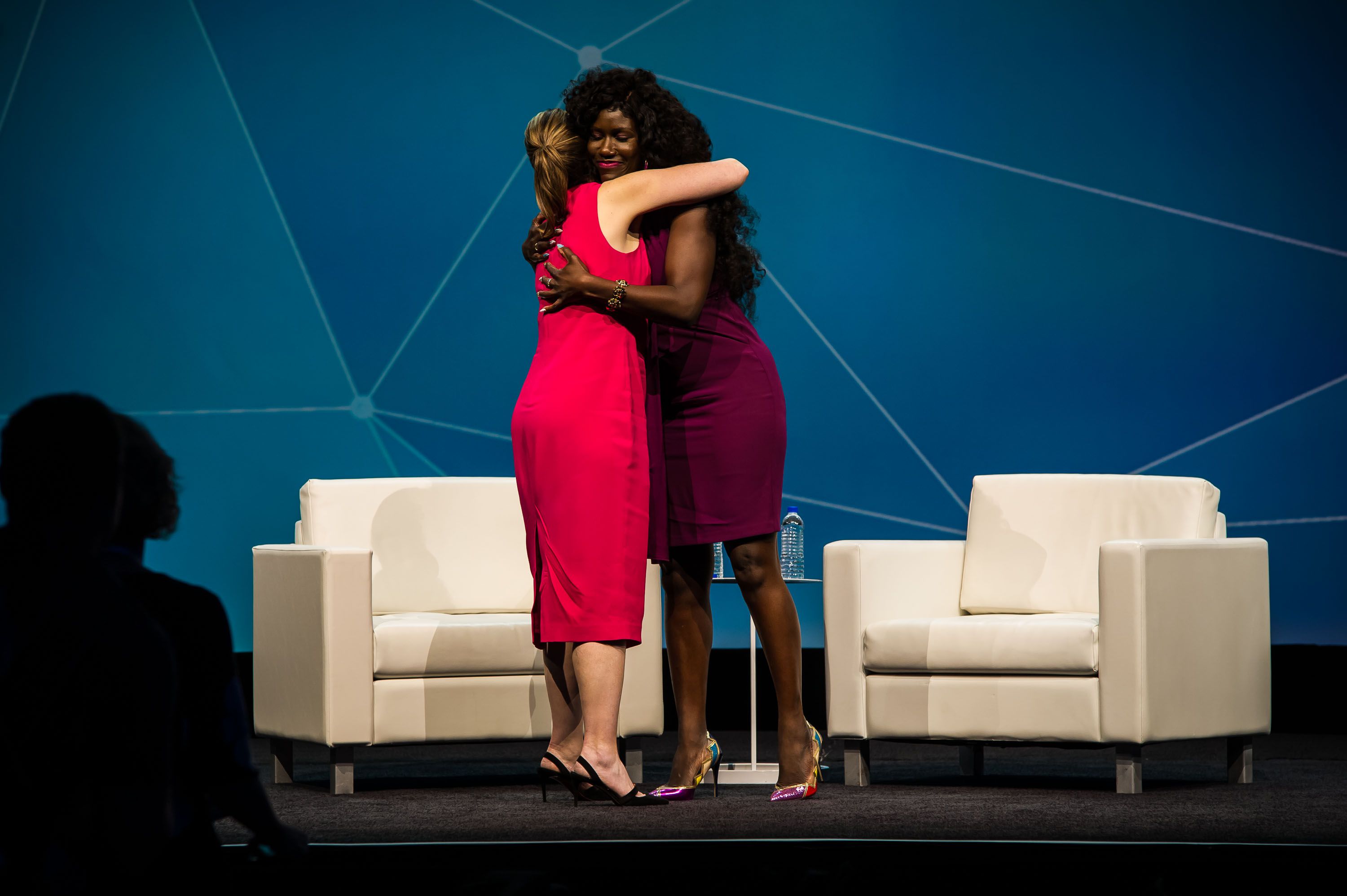 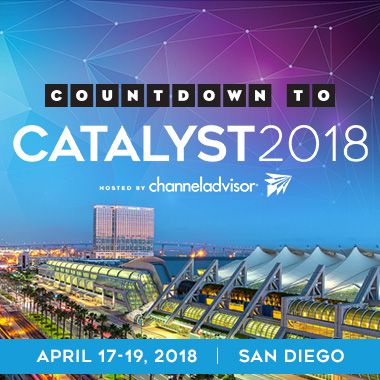 Our keynote speaker, Doug Stephens, had a Q&A with ChannelAdvisor, and he shared a preview of what you’ll le...

Q&A With Catalyst Keynote Speaker Maureen Mullen: What Brands Should Do

As chief strategy officer at L2, Mullen helps brands identify digital strengths. Here's what she had to say in... 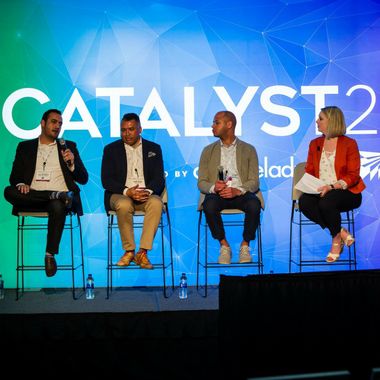 Day three of a Catalyst Americas 2018 has kicked off. Read to learn about everything that occurred at the conf...