This month, ChannelAdvisor celebrated its 18th birthday. Each birthday is a new start, a new wrinkle and a beginning. It is a time to reflect on the challenges and joys of the past and a time to pursue new endeavors with new goals and move forward with both confidence and courage.

ChannelAdvisor has come along way since we first opened up our doors. In that time, consumer behavior has evolved, new marketplaces have emerged, technology has advanced and sellers have grown more competitive.

But we’re still here on the front lines. ChannelAdvisor has grown from a small company in a young industry to an industry leader at the forefront of a global revolution — with an expanding platform of solutions, connecting thousands of clients with millions of consumers around the world.

In honor of Founder’s Day, we asked some of our employees — both new and veteran — to reflect on this milestone and their tenure at ChannelAdvisor.

I still remember my panel interview with ChannelAdvisor, where seven people stared across the table at me. I still remember my first day of work, when I arrived on the second floor of ChannelAdvisor and tried to remember if I should walk toward the Darth Maul figure or Yoda statue to find my desk. I have been working at ChannelAdvisor for eleven years. I joke that my tenure is purely an accident, since I usually become restless after three years with the same company — but both my role and ChannelAdvisor have changed so much during that time.

This Founder’s Day, I enjoyed my coffee and watched as new employees passed by my office on their building tour. And I wondered if, on their first day, are they trying to spot Star Wars memorabilia to help them locate their desks…

I sometimes think about how different my life would be if Scot Wingo wasn’t so into Star Wars. If he had never gone hunting for Prequel memorabilia. If he hadn’t realized, back then in the late 90s, there were over 800 auction sites and, to get the best odds of building a monster Star Wars collection, he’d have to be able to see what was happening on all of them. If he’d never teamed up with Aris. If they hadn’t decided to build the type of company that they’d want to work for and taken it public.

Founder’s Day is a great reminder that, as Jeff Bezos says, it’s always day one. I’ve had more than my share of clearly defined “day ones” at ChannelAdvisor — from my first day at the company to first days on various teams to my first day helping open our newest office in Denver. But, beyond that, I’ve never worked for a company or in an industry where the tactics of maintaining the vitality of day one — obsessing about customer service, resisting proxies, making decisions at high velocity and responding to external trends — are so important, both for our business and for the businesses we help as they maximize their e-commerce opportunities.

By the time I got to ChannelAdvisor our founders had mostly moved out of direct leadership roles. I’m disappointed that I never got to work with them personally.  But, because of what they created and passed on to our fearless leader David Spitz, I get to talk to and work with some of the smartest and most interesting people in the world. From CMOs of multibillion dollar brands to scrappy sellers operating Amazon and eBay stores out of their garages and, of course, the passionate people I get to share an office with. I’ve made a lot of friends, been given more than my share of life-changing opportunities and learned so much in my relatively short time here. This Founder’s Day, I’m thankful for Star Wars, Scot Wingo, Aris Buinevicius, David Spitz, the rest of our leadership team, and all of the people that make ChannelAdvisor such an amazing organization, as we work to connect and optimize the world’s commerce.

It’s July, and it’s burning hot as I’m standing in front of the massive ChannelAdvisor building in Morrisville, NC about to visit my US colleagues. It is one of those moments when you’re not sure whether it is really happening to you, or you are just watching yourself in a movie.

Flashback to several years ago, during a freezing cold winter, in an Eastern Galaxy far, far away (Bulgaria!). I’m trying to figure out what a business rule is in my new e-commerce platform. But once it actually works, I am mesmerised by the automation magic of this new system I am discovering called Channeladvisor.

So yes, I wouldn’t have believed it if someone had told me that I would one day be standing in front of the big US building as an employee and sharing my ideas with main stakeholders.

My ChannelAdvisor movie started long before I got the very special “you got the job!” call from London, and I will never forget the feeling. I was on the “other side” for a few years as a normal user discovering the system, learning and becoming a fan. Later joining the company was one of the best decisions I have ever made. It allowed me to see the magic happening behind the curtain and allowed me to help — even in a small way — write a new chapter of ChannelAdvisor’s history. I hope the founders realize ChannelAdvisor is transforming not only our customer’s businesses but also helping our employees’ dreams come true.

But my favourite thing about the company is actually the people — they are the ones who make ChannelAdvisor the special place it is, and they are the ones leaving treats on my desk and making me chuckle by sending the right memes at the right time in the group chat. My colleagues inspire me every day with their passion, curiosity, determination and great (or not always so great!) humour. I love working with my international colleagues and there is always one thing in common: It takes a special and secret skill set to be part of the ChannelAdvisor team at every leadership level. This is what everyone should be celebrating as we reflect on 18 years of history. And just think: There is someone right now checking the website and dreaming of one day becoming your colleague! 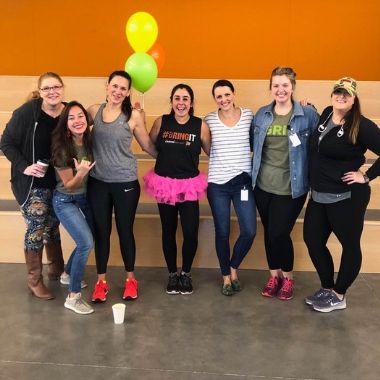 It's International Women’s Day, a day of celebration and to be thankful for our progress towards equality fo... 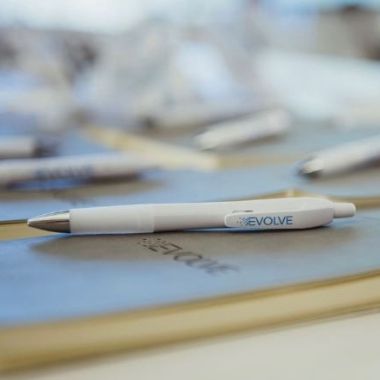 E-commerce constantly evolves and reinvents itself. So as thought leaders in this space, ChannelAdvisor must e...