If you had to guess, how much would you say the average family spends to prepare for the upcoming school year?

By the time the season is over, Deloitte expects the final tally for back-to-school shopping in the US to reach $28 billion.

And that’s just for back-to-school spending. Back-to-campus purchases are anticipated to add another $25.5 billion to the mix. Other industry forecasts are even higher, and one consulting firm is predicting the “absolute best year for back-to-school in seven years.”

While the forecasts may vary, one thing is certain: Consumer spending is about to get BIG.

Here’s what you need to know to make the most of the 2018 back-to-school season as an online seller.

Editor’s note: The following takeaways are based on several recently-released industry reports:

The Second Biggest Season Will Reach a New High

Did you know that back-to-school and back-to-college shoppers spend more per household on items for the upcoming school year than the average consumer spends on Mother’s Day, Father’s Day and Valentine’s Day combined?

As the second-biggest selling season of the year, back-to-school shopping spans 29 million households and 54 million students. The National Retail Federation (NRF) says total spending is likely to reach $82.8 billion this year, with a slight bump in buying activity from the college segment.

While that tally isn’t quite as high as last year’s $83.6 billion, overall consumer spending throughout the season will hit a seven-year high. According to Customer Growth Partners’ 16th annual forecast, the July-to-September sales period — including items not strictly deemed back-to-school, such as home furnishings and apparel — will rise 5.1%, the “absolute best in 7 years.”

Best of all? Nearly 50% of that overall increase will come from online sales.

Many Purchases Are Yet to Come

Families may be starting earlier than ever, but there are still plenty of purchases left.

Most back-to-school shoppers (77%) plan to start at least three weeks before school begins, up from last year’s 74% and the 64% from a decade ago.

Even so, Deloitte doesn’t expect purchases to peak until late July and early August since so many are waiting for the best deals to complete their shopping. As of early July, 89% still had to purchase half or more of the items on their lists.

And the longer someone takes to tackle those items, the more they’re likely to spend.

About two-thirds of parents plan to begin their shopping before August, and are expected to spend 20% (or $100) more than late starters. Keep in mind, too, that this segment is also much more likely to rely on mobile apps for online purchases than are late shoppers.

To Buy Online or In-Store? Many Are Still Deciding

Like this time last year, many have yet to decide between online and in-store shopping for many of the items on their lists.

Shoppers represented in Deloitte’s survey say they remain undecided on where to put 20% of their budgets, leaving a hefty portion of purchases up for grabs between online and store retailers.

Meanwhile, more than half (55%) of back-to-school consumers told NRF they plan to shop online this season. In fact, online retailers were second only to department stores as a top shopping destination for back-to-school shoppers. For back-to-college consumers, online shopping was the number one destination.

What Does All This Mean for You?

As back-to-school shoppers look around for the best values on products they most need, the important thing to remember is this:

The most successful back-to-school sellers are the ones that focus on delivering the best possible experience to customers with marketing, selling and fulfillment activities that get the right products in front of the right people … at just the right time.

How do you achieve that? For back-to-school strategy tips and ideas you can use throughout the season, check out our on-demand webinar: The Essential E-Commerce Seller’s Guide to Back-to-School Selling.

[Infographic] School Is Out. Time to Start Back-To-School Shopping. 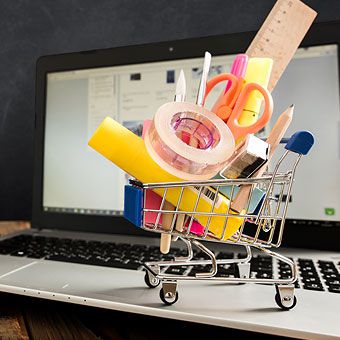 Check out our infographic to get a quick snapshot of how to think about your back-to-school preparations....

Remember when getting ready for the upcoming school year was a big event? When students and parents would bond...

Tax-Free Weekends and Back-to-School Shopping: What Sellers Need to Know 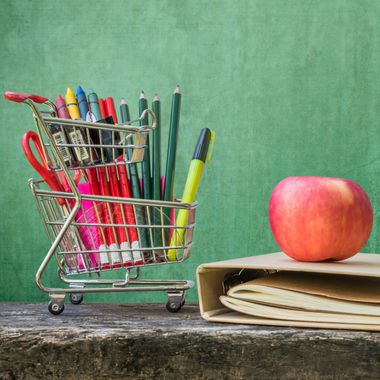 Soon, states will be turning off sales taxes for brief back-to-school shopping holidays. This is one opportuni...