Not only did Amazon shatter its own records this week, announcing that Prime Day 2019 was the largest shopping event in Amazon’s history, surpassing Black Friday and Cyber Monday sales combined, but sellers across the e-commerce landscape benefited from the unprecedented July shopping rush.

Whether these brands and retailers tried to capitalize on the shopping hordes descending on the Amazon marketplace, rode the broader e-commerce wave by pushing cross-channel digital marketing, or competed directly with Amazon by luring consumers away, Prime Day 2019 made quite an impact across the entire retail industry in two short days.

Not bad for a five-year-old holiday. 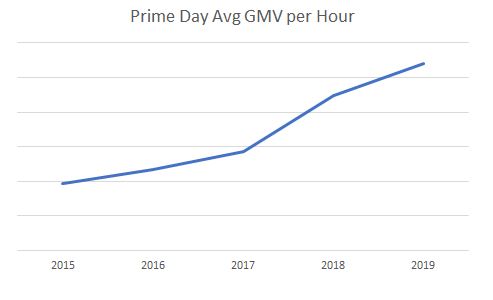 Looking across all third party sellers on ChannelAdvisor’s platform that sold on Prime Day in both 2018 and 2019 (the majority of which managed Amazon Advertising on their own), those that advertised outperformed those that didn’t advertise — with 50% higher year-over-year growth rates. 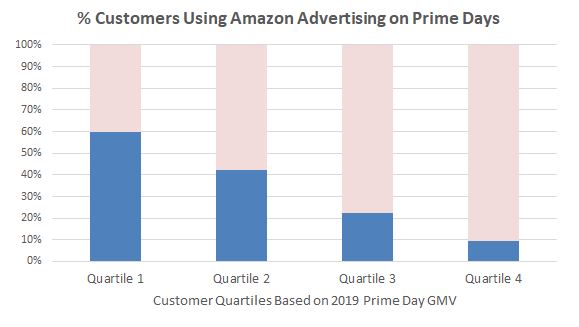 As in previous years, competing retailers — both online and offline — continued to draft off the Prime Day buzz. Leading retailers and marketplaces like Walmart, Target, Macy’s, Best Buy and others promoted simultaneous sales for two days and, in some cases, much longer. And of course, eBay went viral last week for launching their own “Crash Sale” while taking a shot directly at Amazon.

And according to Captify, searches for eBay, Best Buy, Walmart and Target were up 255% during the Prime Day event.

On a “same store sales” basis (comparing customers with GMV on Prime Day in 2018 and 2019), the Walmart marketplace performed particularly well for ChannelAdvisor sellers.

Amazon has revolutionized the shopping landscape in countless ways over the years through its innovative programs, expanding fulfillment operations and singular commitment to consumer experience.

That’s right, 2019 holiday preparations are already underway. Have you started prepping? If not, join us July 31 at 11 a.m. ET for an exclusive webinar with three of our in-house strategy experts: Your Ultimate Guide to 2019 Holiday Success. 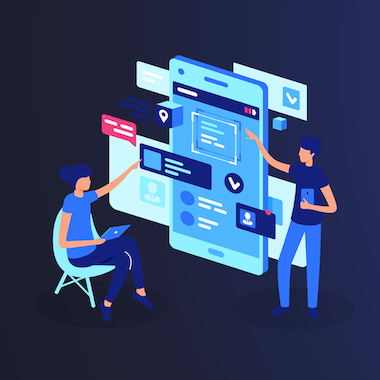 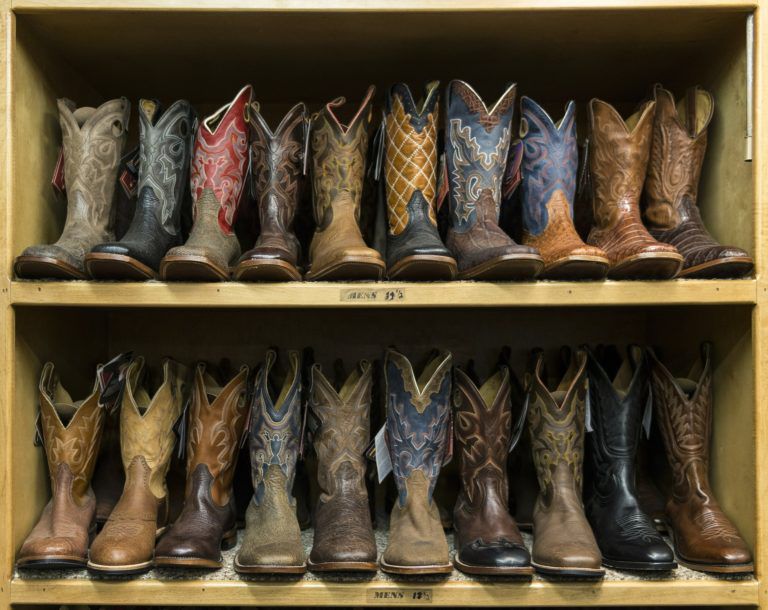 How to Improve Your Amazon Order Defect Rate (ODR)

The one that most directly affects any prospects of selling on Amazon: the Order Defect Rate (ODR). Here are t...